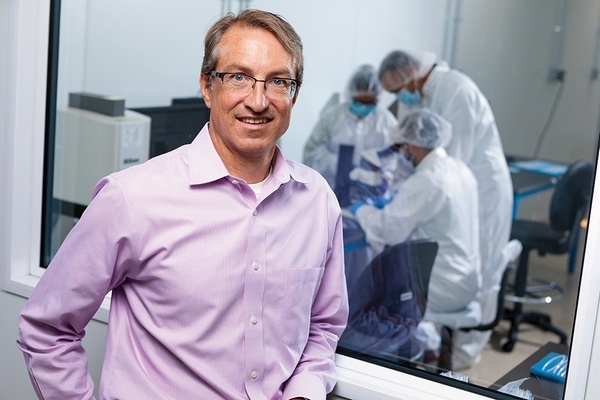 Started in 1946 by three brothers who made rubber sanding pads for Sears, Flexan generates more than $50 million annually making silicone components for medical devices like pacemakers and defibrillators. It employs some 740 workers spread among facilities in Chicago, Utah, China, Elk Grove Village and its new Lincolnshire plant, which became Flexan’s headquarters in April. The company will close the Elk Grove Village factory in Cook County next year.

“Lake County was an easy choice for us because of the number of medical device companies that are currently headquartered there, as well as our ability to recruit technical talent,” Fitzgerald says.

A strong market for the wares of those device-makers is why, when statewide manufacturing employment clocks in at 16 percent lower than its prerecession high, Lake has recovered to within 1 percent of the 51,700 workers the industry employed there in 2008. Will County, busting at the seams, has done even better: Last year manufacturing employment surpassed the high it hit in 2008 by 3 percent. The industry employed almost 22,000 in the county in 2017’s first quarter, according to the U.S. Bureau of Labor Statistics.

That sets Lake and Will apart from Cook and the remaining collar counties, where manufacturing employs far fewer workers than it did in 2006. There were roughly 186,000 workers in manufacturing in Cook County in 2016, nearly a quarter fewer than a decade earlier. McHenry, with a smaller base, saw a drop of 26 percent to 14,500. In DuPage, which boasts the largest labor pool after Cook, factory sector employment dropped 9 percent to 54,400, while in Kane the headcount is down 8 percent.

At a time when President Donald Trump touts manufacturing as the key to creating middle-class jobs, the statistics illustrate how deeply it matters not just whether a region or municipality makes goods, but what it makes. Peoria County, former hometown to heavy-equipment maker Caterpillar, lost 40 percent of its manufacturing jobs between 2006 and 2016 as the company’s sales followed commodity prices south.

Lake County, on the other hand, is not solely medical equipment, but that’s one of the largest clusters, says Kevin Considine, CEO of economic development firm Lake County Partners. The largest is pharmaceuticals. Drugmakers Abbott, AbbVie and Baxter are headquartered there, with AbbVie operating a factory in North Chicago while Baxter has one in Round Lake making products “from penicillin to pre-filled IV bags.” Though the recession certainly touched the county, he says, “we’re very fortunate to be deep in sectors that weathered that well.”

The Chicago metro area is following the nationwide downturn in manufacturing jobs, says Michael Jasso, chief of the Cook County Bureau of Economic Development. For a century, Cook County has been the regional industry center, but that means “a larger predominance of older and . . . less resilient industries,” like steelmaking, metal fabrication and machine manufacturing.

“Manufacturing historically was important, It will continue to be important to the region, and the county, and the city, but it will look different than it did 50 to 100 years ago.”

In Will County, economic development specialists say there’s no single factor driving the rise in manufacturing employment. Certainly, the county has taken its lumps. Caterpillar has shrunk the workforce at its Joliet plant from 770 in 2015 to 475 now, with the plant scheduled to close in 2018. But small and midsize companies are relocating from elsewhere in the region, attracted by the county’s low taxes and thriving distribution and logistics industry, says John Greuling, CEO of the Will County Center for Economic Development.

Magenta, a plastics injection molding company, has added at least 70 jobs, distiller Diageo North America added 100 in Plainfield in 2013, and Julian Electric moved 300 employees in May from Westmont into a new corporate headquarters in Lockport.

“The underlying transportation infrastructure that we have, you can’t take that for granted,” says Doug Pryor, vice president of economic development at the Will County center. “It’s vital to these guys to get raw material in and to get product out.”

Taken together, manufacturing employment in Cook and the collar counties shrank 16 percent in the decade between 2006 and 2016, the same as the state overall. But as Cook County’s Jasso says, while he’d always prefer growth in his own patch, “if I can’t have it in Cook County, I’d rather see it in Lake or Will” than outside the region completely.

OEMs: Do You Trust Your Medical Device Supplier’s Quality?